Masters of the Universe fans, did you ever dream about having an Eternia playset? If the answer is yes, then your prayers have been listened to, all thanks to a new crowdfunding project.

What is the crowdfunding project about?

The new Master of the Universe Eternia Playset is a Mattel crowdfunding campaign via Mattel creations inspired by the original Eternia Playset from the original MOTU figure line. The campaign aims to reach 5,000 backers, or in other words, for those new to the crowdfunding system, 5,000 people who can commit themselves to pre-ordering the playset.

The campaign opened on October 12th and will run until November 9th.

As it normally happens in crowdfunding campaigns, if by the end date of the campaign the goal is achieved, the product will go into production and eventually be released to those who backed the project. However, if the goal isn’t reached, you don’t need to fear for your money as it will be returned.

The Eternia playset is priced at $550. 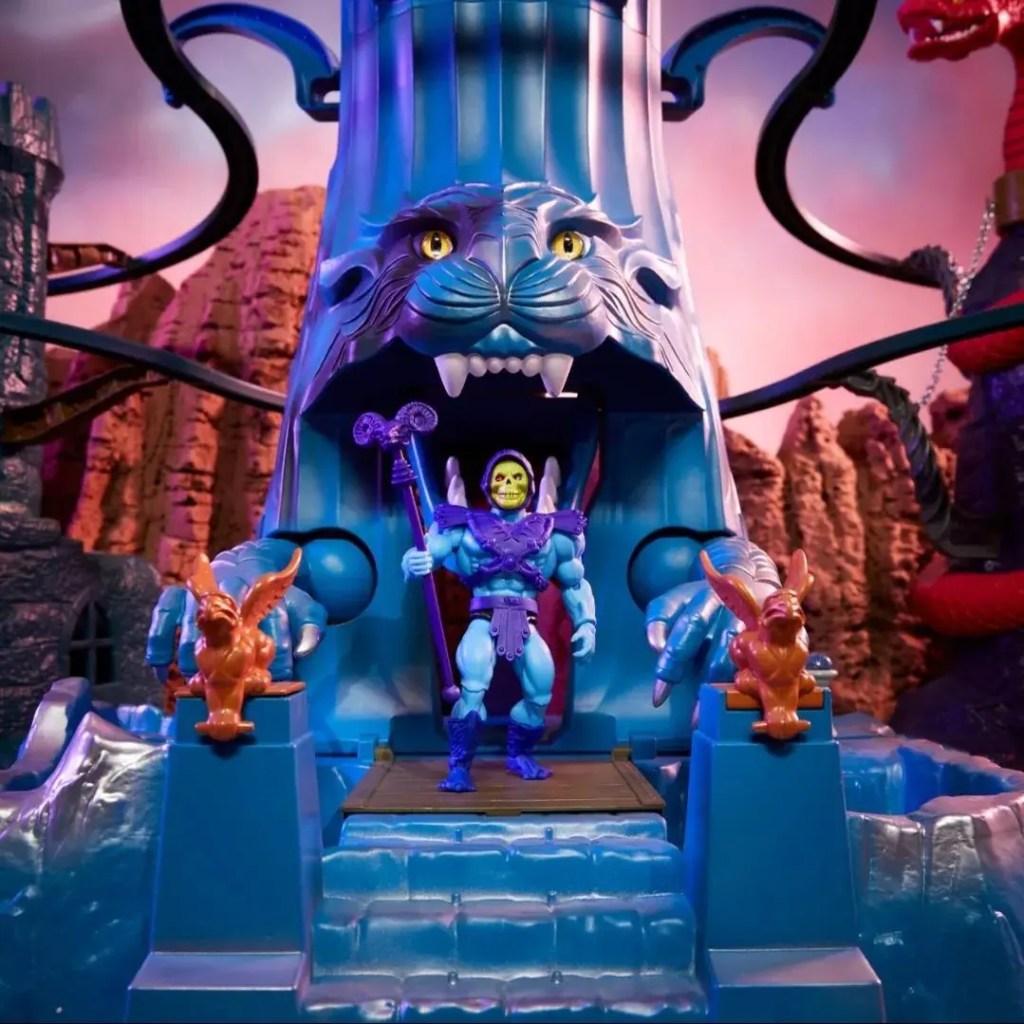 What exactly do I get if I decide to be part of the project?

If the goal is reached and 5,000 people back this project, those backers will get a 3ft x 4ft display that, according to Mattel Creations, contains the following:

Tower of Power: The middle Tower of Eternia includes the Lion’s Head entryway that captures opponent intruders. The pinnacle of the tower is armed with a double-barrel cannon that shoots missile projectiles.

The Center of the conflict: Includes an elevator inside the main tower. The training room and armory has a maneuverable Horde Trooper dummy that is remotely controlled by a chair in the command center on the second level.

Surround the Battle: The playset is surrounded by a monorail system with a motorized tram that zips around the towers. It is possible to attach one of three different vehicles and move your figures around the battle.

If the 5,000 goal is surpassed, there will be some cool extras added to the playset. These new extra items come at no extra price, but they’re conditional on more people backing the project, so at 8,000 backers, a Moat Monster figure is added to the playset. This moat monster is said to have seven points of articulation, including a snapping jaw. At 10,000 backers, a figure of Keclar, the wise leader of the elders, will be added. This figure will have 16 points of articulation.

And, on top of all of this, those early birds who back the campaign before the 19th of October can expect to get a limited-edition King Grayskull figure. What better than having the heroic King Grayskull , the creator of the Masters of the Universe team.

When is the product shipped?

The product is estimated to be shipped by spring 2024.

Is the new Eternia playset compatible with MOTU vintage figures?

There are some images shared by Mattel where it shows a 7 inch He-Man on display with the set. It is believed that figures of this height can be displayed, however, it is not yet clear if they will fit in the monorail. It is important to have in mind that many of the vintage figures are 5.5 inches, and some of the special edition figures are 7 inches.

Where can I get some MOTU vintage figures?

Here at www.wertoys.com. We-R-Toys is the number one place to find collectible Masters of the Universe figures and sets.

Buy Collectible Toys, Dolls, and Action Figures at We-R-Toys. If you want to add a unique piece to your toy collection, We-R-Toys is just your place. We have everything from comic book collectible action figures to barbie dolls and much more. You can shop with We-R-Toys, and find that one collectible piece you are looking for.

If you have a toy collection you would like to sell, please visit www.sellyourtoysnow.com.